Will had asked a few weeks beforehand if he could try Dunkeswell, and because of how the dates fell in May, it meant that we could go after Shenington for a practice day - and not one on a race weekend. The forecast had been “damp”, and I had thought about whether or not to raise the back axle only to have to lower it again for Henry in a week’s time.

I decided on the Friday to raise it from low to medium, based on the light rain forecast. I’m trying to practice them how they would race, rather than trying to make them work around problems.

As it happened, it was the right decision. We arrived and looked around the circuit - so far as we could see it. Will complained: “It’s not wet enough”.

We managed to walk about half of it before coming back because the marshall were coming on.

It was a pretty foggy morning, and, at signing on, we were told:

Having been to Clay more than once, I assumed that Dunkeswell rain was pretty much the same as Clay rain, i.e. wet, heavier and fairly unpredictable.

Will’s first session was actually pretty good. No spins and reasonable pace - slower than Ollie Tyler and George Walker, but quicker than everyone else. This was on clearly the wrong sprocket too - there was a considerable difference in pitch between Will’s engine and that of the leaders, so we added 3 teeth and send him out for the second session.

Still impressive and much more with the pace this time. And then the fog came.

We waited for an hour or so before heading back. We sat on the grid and the heavens opened. Will put his foot down to go and ... nothing. It just died. We had some help on the grid to try to diagnose the problem, which was clearly electrical because of the rain and eventually - after tightening the plug cap and liberal applications of WD-40, he was able to do two laps.

Back in the pits, we sprayed more WD-40 over the ignition switch, around the plug and in the HT-lead, covered the kart with a tarp and waited. I don’t have an awning and we were working out of the back of my Volvo.

Will went out next time and was second fastest. It had started to dry a little, so we let a little air out of the tyres, covered the kart and we waited. He went out and of course the rain came down again. Will came in after a few laps with the engine misfiring everywhere. I’d forgotten to WD-40 it. #Fail. We couldn’t get it dry in time to go back out, but Will had looked good. It was pouring with rain now, and the guy from Zip South West who was also there had been kind enough to fiddle with the carb float bowl and tighten stuff up. He also took the opportunity to look at our kart set up, which was medium/medium and not high/high as it probably should have been for these conditions.

Again, we sent him out and he was second quickest. Convincingly this time, George Walker couldn’t catch him and Ollie wasn’t pulling miles on him either but was still quickest by a smallish margin.

How did we find Dunkeswell? Great circuit with friendly staff. The karting guys were helpful too, but for some reason it didn’t seem as relaxed as Clay or as friendly as Rissy. We will be going there again though, not necessarily to race, but it’s convenient for Mrs F to see her parents and for us to practice. And I’d like to see how my other driver fares! 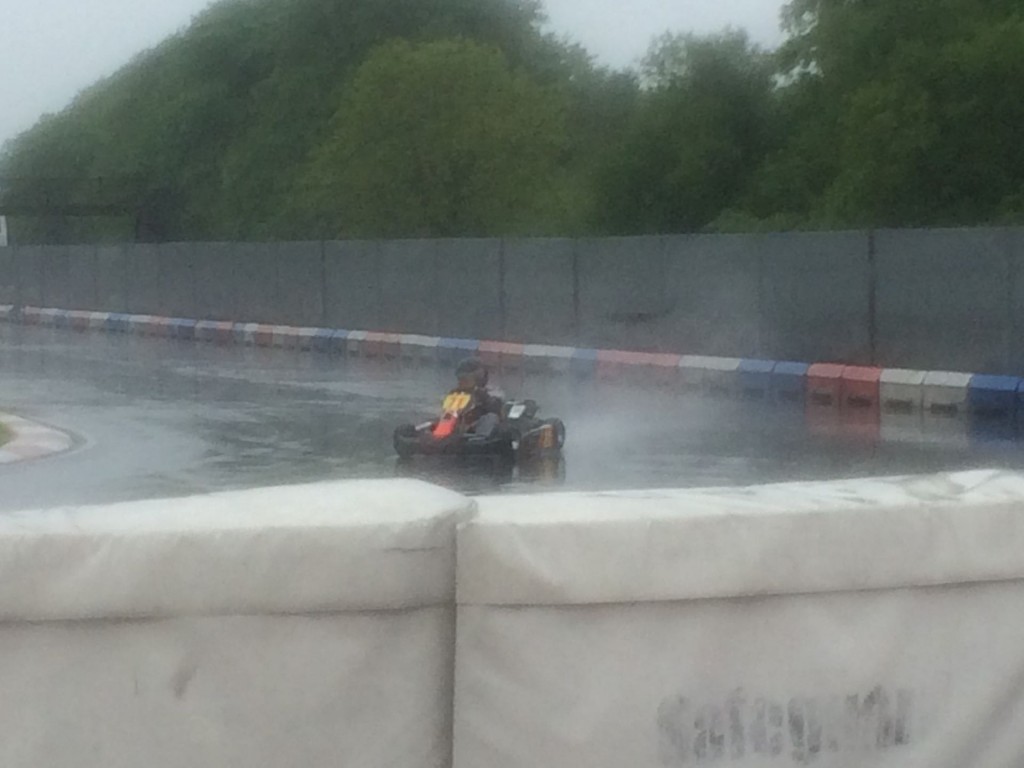 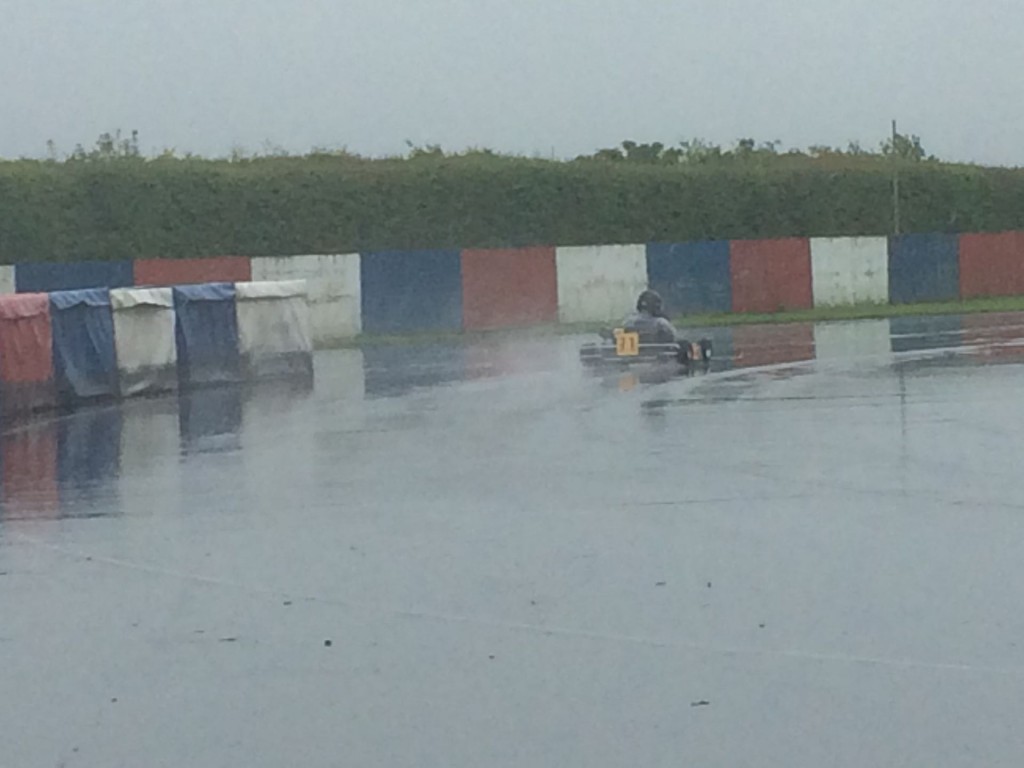