We arrived earlier than expected having overslept by 40 minutes to find Little Rissington ... almost empty. That both suited us because parking was really, really easy, but was disappointing because we really like Rissy. Of all the circuits we go to, it seems the least formal, the most relaxed and has the nicest atmosphere.

I’d bought a new engine, an eBay special that Henry decided to call “Vampire”. Being from eBay, I wasn’t exactly expecting great things, especially for £235. It was bought mainly as a usable spare and as a practice engine for when we have two karts ... which is still on the agenda. Obviously we had to test it and, unlike his brother who had already decided it was rubbish, Henry was keen.

It fired on the button (ahem, pull cord) and was attached. Henry went out for his practice and, really, we didn’t know where we were. Times were relatively slow, but Henry was able to keep up with his nemesis, #33, and his target, #73 didn’t pull away down the straight. The pace quickened as the day passed and we were back into the low 50s relatively quickly. The engine, purely by chance, looked OK.

We put the “good” engine on for lunch and went about 0.2s faster. This was a mistake. I think we should have done it the other way around; i.e. have run Oblivion for the day and switched to Vampire for the last session. As it was, we left Oblivion on for the afternoon and eventually got into the late 49s for one lap.

We had a relatively uneventful practice, but it was notable for two crashes. More experienced drivers should be made more aware of complete novices. There were two crashes - in the same spot (not involving us) where an experience cadet came around the last corner to find struggling novice at about 1/3 race speed. Both required a new axle, but the second put both drivers into the tyres. I’d like to see more blue flags out - I don’t think beginners should be out in a session on their own, but kids on race pace should be looking out for them and be assisted by marshals waving flags. There can’t be much worse than putting your kid out amongst the lions and watching him be smacked off because he was in the wrong place at the wrong time!

We signed on and scrutineered the day before. Henry had complained the brakes were a bit spongey during the Saturday, so I bled them the morning of race day to extract some air. Not to ruin the surprise, but I had been bleeding them regularly, and hadn’t put two and two together.

We had a good practice and no complaints, so sent him out for heat 1. Henry had a great race with #33, they’d changed places a few times during the race and Henry was in the lead on the last lap after the dog-leg. He then, according to him, went defensive into the second-to-last corner (translation: took the slow line and gave away the kart length he had spare), and #33 took him coming out of the last bend. I was standing by his dad, “great race”, hands shaken, excellent.

So I walked down to pick him up, and Henry was anything but happy. I thought he was grumpy because he’d been beaten by #33, but he’d acknowledged he’d made a mistake beforehand. “The brakes are ****ing s**t”, he announced, the annoyance palpable. “But I’ve just bled them”. I pulled on the brake and it worked, so didn’t really think much of it, assuring him I’d bleed them again, maybe I’d let some air in somehow.

And then we got back to the pits. I bled them, there was air, and #98’s dad, who we’d parked by, pointed out the obvious fact, “Well, there must be a leak”. And there was.

If you take nothing else from this post, go and check that no bolts can ever foul the brake line. We’d attached 5kg under the seat, and the line had, over time, gotten itself caught between them. And the brake line was holed. The pipe was wet, and it was clear - right then - that we wouldn’t be able to continue. I did go to Spellfame and asked around, but Project One brake lines aren’t really high on anyone’s spares list. The circuit did their best, making an announcement, but no one came.

Then, there was an ounce of hope. Sophie Cooke’s dad had some air line patches that are used to patch holes in lorry air lines. Operating at a higher pressure, probably, than kart brakes, he offered some very welcome help. I removed the seat, cut the pipe (it was rubbish anyway), and he proceeded to strip the braids in order to fit the patch. That was a difficult job, and I was quickly conscious that I was standing there watching, so started on the other half. He’d sacrificed Sophie’s second heat to help us, and I can’t tell you how much that was appreciated, but in the end it was to no avail. It almost held it, but not quite.

Really, many thank yous to Mr Cooke, the effort you put in was very much appreciated both by Henry and me.

We watched the rest of the racing from the sidelines and went home.

Project One brake lines are available from Wright Karts, £40 give or take including VAT and postage. They came the day after I ordered them. 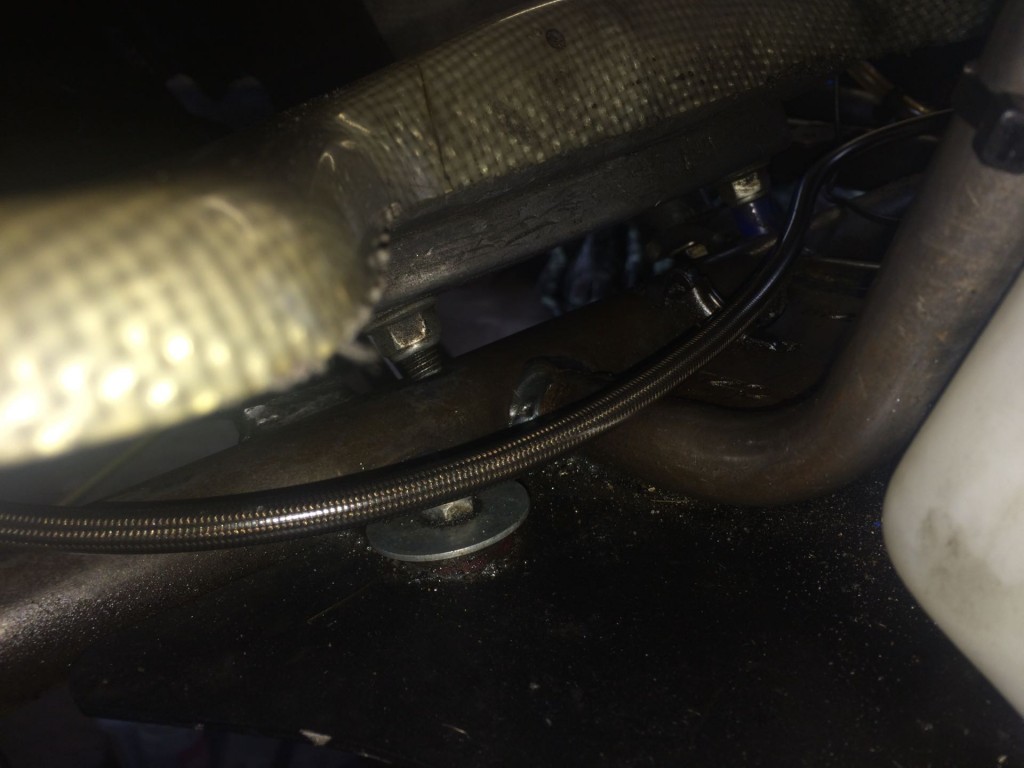 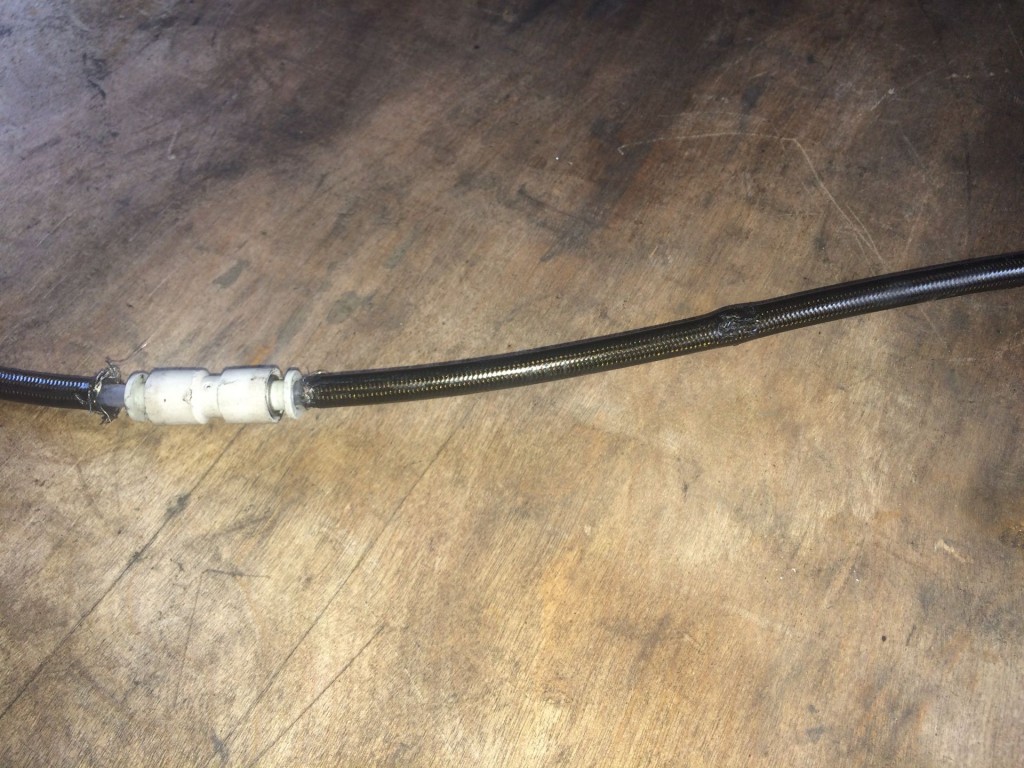