Rissington is normally a “dad & lad” circuit for us. We go there without other team members and without TP because it conflicts with their other commitments. TP was at Forest with about eleventy-million other karts, but teammates Sam joined us for the full weekend, with Jayden arrived to try a new circuit. Even Mrs F decided to come and keep us company!

Mrs F often questions why we have to do Saturday practice as well as Sunday when Henry races at the same track pretty much all of the time. The reason was evident from the first session - as it always is - straight into the 52s. That pace would have seen us last had it been the Sunday!

He also spun it into the dog-leg on the first lap. This was because I had bled the brakes and the travel was markedly less than it was before. I had forewarned him, but they must have been really bad!

As happens with practice, the times tumbled and tumbled. By the afternoon we were comfortably the quickest of our group, and - in his fastest session - Henry was passed by #74, who is a front-running driver at both Shenington and Rissy. He was able to keep with him for that session, even able to stuff one up the inside into the dog-leg. He came back jubilant, with his first break into the 49s and convincingly so. Henry even proclaimed that #74 was holding him up.

Henry still needs to learn overtaking though - doing so confidently, so we started the next session near the back and away from #74 - so we could see where his pace was. He was held up by a couple of karts, but fairly quickly back on the pace. No 49s this time, by consistently within a tenth of his best that session, which was 50.02s. He was disappointed, but I was pleased with the new-found consistency and pace.

We started near the front in the final session of the day and ... disaster. Henry had passed a novice - who we believe to be unlicensed - on the straight before the dog leg. It was clearly his, and I looked away, then back to see him parked up hunched over his steering wheel. On grass next to the racing line on the exit of the dog leg. I had no idea what had happened, but the race was red-flagged, he didn’t seem to be moving and the ambulance went over.

This is the first time - and hopefully the last - that we’ve been involved in a red-flag incident and I was unsure really what to do. Should I go and see Henry now the session was stopped? Am I allowed to because he’s clearly under marshall and paramedic care? As other dads went on track to attend to their drivers, I was beckoned on. So I went to the scene of the incident to find Henry out of the kart. It seemed the novice he’d passed so cleanly had decided to run him off the track (not sure how) and he’d lurched forward and smacked his chest on the steering wheel and winded himself.

He’d never been winded before, and I imagine the new sensation of being unable to breathe for a diminutive 10 year was rather more scary than it might be for me. The other driver was “spoken to” by the officials.

I would like to say very many thanks to the marshalls and paramedics at Rissington Kart Club who attended a driver who appeared to be knocked out very quickly; and the officials for sensibly stopping the session.

I picked the kart up after all the other sessions had finished, checked it over, double-checked Henry wanted to race on Sunday and we scrutineered with no issue.

We arrived on Sunday and set about swapping his year-old tyres for newer ones. Tyres swapped, we headed out for practice, which went OK - uneventful, except Sam was very marginally quicker. Based on the data I swapped the sprocket for a larger tooth for Heat 1. I don’t normally like making changes between practice and the heat, but he was well short of revs at both ends, so it seemed the right thing to do and it was only one tooth.

Henry started pretty much last in heat one. And he stayed there because he was half asleep when the race started - at least 4 kart-lengths back at the start. I said to Mrs F “that’s that race done already”. His pace did pick up and he made up a few places to finish 7th in an otherwise uneventful and lacklustre heat.

He came out complaining that the engine was out of puff down the straight, so I swapped the sprocket for the one I’d just taken off—which was his fastest lap sprocket, and that was it. Henry was back faster than Sam, so all was well with his world, but we need to work on his starts.

My eyes were all on the start for heat 2. Henry was up behind his nemesis #33. I watched as #33 marched forward leaving Henry for dust. He also left the rest of the pack for dust and in my mind it was easily a false start as he’d gone well before the line, but it wasn’t called as such I imagine because Iame’s were on in the same session and had already started.

Having lost several places due to another tardy start, he ended up behind #33. Last race, he’d managed to pass him around the outside of the dog-leg, but this time Henry seemed to think bumping him on braking was in order, and when that didn’t work, a little shove mid-corner would be just the thing. To be fair, it’s hard to judge from where we stand and the viewing isn’t great at Rissy. Henry says he missed the apex and so he went in and held his line, but there was definitely some contact. #33 had a better exit and they were neck and neck at the line. The timing says 0.05s between them.

The look on #33’s face when we picked them up told me exactly what he thought of it, and we ushered Henry away.

Times were well off of our best on Saturday, being mid 50s. Henry was upset about that, and I was a little perplexed given the kart was now set up identically to yesterday, including tyre pressures and the conditions were the same. Still, we finished another P7.

The start of heat 3 was truly bizarre. As one dad commented “only at Rissy”. There were FOUR false starts because of an issue with one of the Iame’s on the grid ahead (running in the same session about 20s apart). The Iame broke down on the gearbox section and they ... red flagged it! The Hondas kept running - as they do - while there seemed to be a spark plug change on track. Then there was another false start, and finally there was some racing.

I can’t really remember the racing because I was so befuddled with the start. It seemed silly to me - if the Iame was clearly not runnable, then it should have left the track, and if it broke down on the gearbox section then ... so what? That said, if it’d been Henry I would have wanted him to participate, so all’s probably fair.

Henry started 7th in the final and again was tardy starting. He made up the places he’d lost - back past Sam and back past #25 to leave them behind. He was catching the next group, which was #14 and #33 and passed #14 into the dog-leg. #14 appeared to be geared differently and also - because of the pass - had a much better exit out of the dog-leg and got his place back.

Next lap, Henry got it back again and kept it. The lap after that was the last lap, and he was was closing up on #33, who missed the apex - just - of dog-leg, so Henry decided that was the moment and tried to dive up the inside. And hit the kerb and lost momentum. #14 was close enough behind to be a threat and - seeing Henry’s error - decided that he’d stuff it up the inside on the exit of the dog-leg. Unfortunately Henry didn’t see or expect him so took his normal line, and *crash*. They both lost momentum and a lurking Sam took full advantage to beat #14 and then Henry to the line.

(The event sequence with the benefit of hindsight)

Henry was incensed. “He did it on purpose, I’m not having that - I’m going to the clerk”. He dragged his poor mum - who isn’t his PG licence-holder - to the office while I started dismantling the kart. I just let the go to be honest, I knew nothing would happen without me, since I hold that licence and I wanted Henry to calm down, away from the driver who’d parked next to us!

I heard #14’s dad say something loudly to his son - so we could hear - essentially a compliment for what we thought at the time was him causing an accident, which I duly ignored, muttering something uncomplimentary back under my breath. Hands were eventually shaken, all’s well that ends well I suppose.

Henry’s starts are terrible. We need to work on them as a priority as he’s losing needless time and places because of it.

I need to consider the day before in its entirety. Henry admitted to being less confident on the brakes - despite being assured they were the same - and I had for some reason forgotten he was in the back of an ambulance under a day before.

We need to test drastically different gearings next test day. Henry’s overtakes into the dog-leg were good, but he was compromised on the way out, and he does need to work on that section of the circuit too.

Somehow we need to work on overtaking. I realise that’s something that will come with time, but we need to iron out some fallacies that he’s got in his head where he thinks taking an overtaking line when you’re not overtaking is faster when it’s not!

If we go on pace - which is what we should be going on assuming he doesn’t end up 4 places down at the start of each race - then he’d have finished 5th. Without the incident he’d have finished 6th, possibly 5th if he had successfully overtaken #33. So the pace is there, the starting isn’t and neither is the consistency.

I also need a reality check sometimes. This was only Henry’s 9th race and he’s only just 10; and everyone else in today’s grid has certainly done more than that. So his relative pace is actually pretty damned decent. If he can get decent starts and keep that pace consistently, he will get where he wants to go. 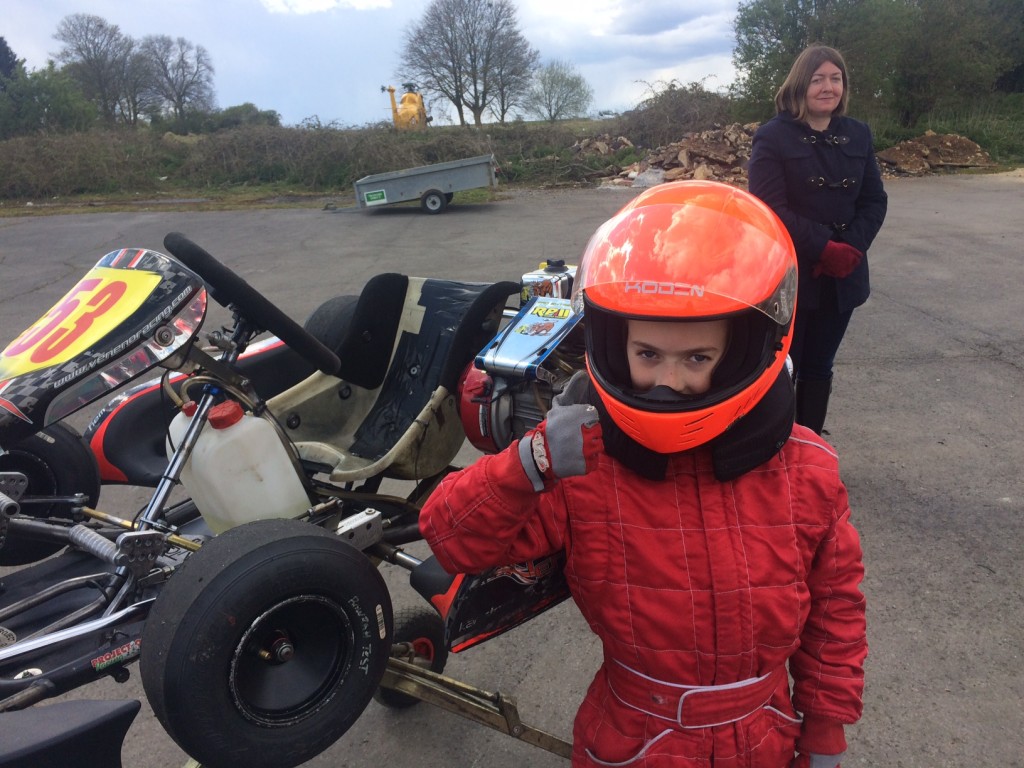 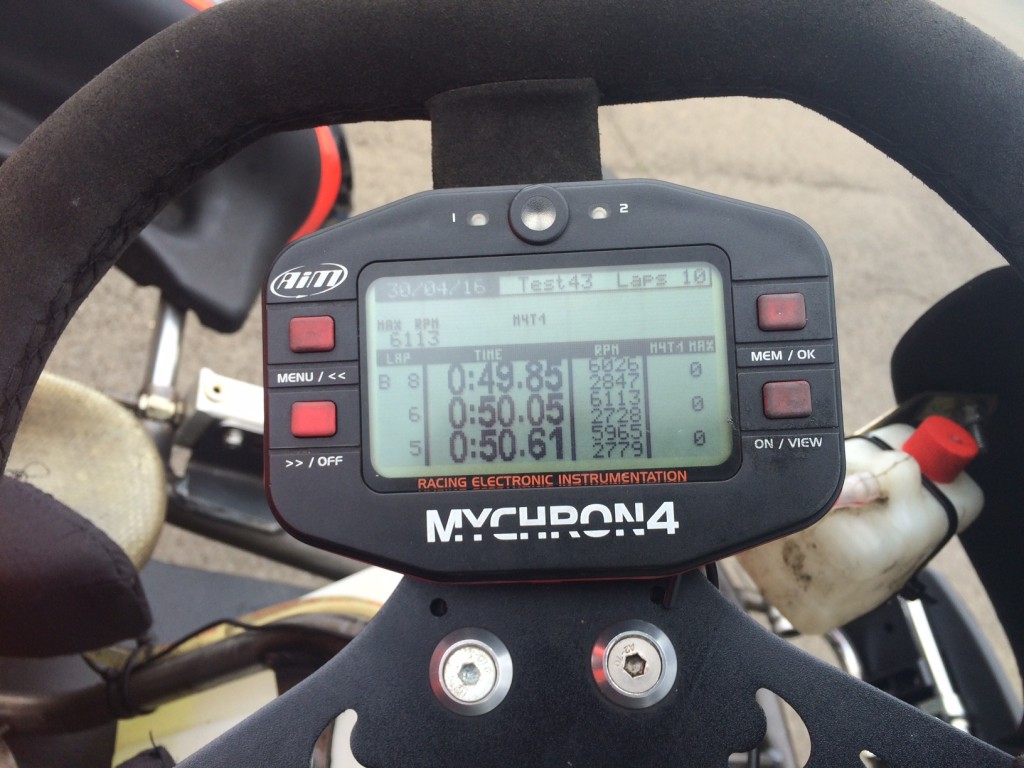 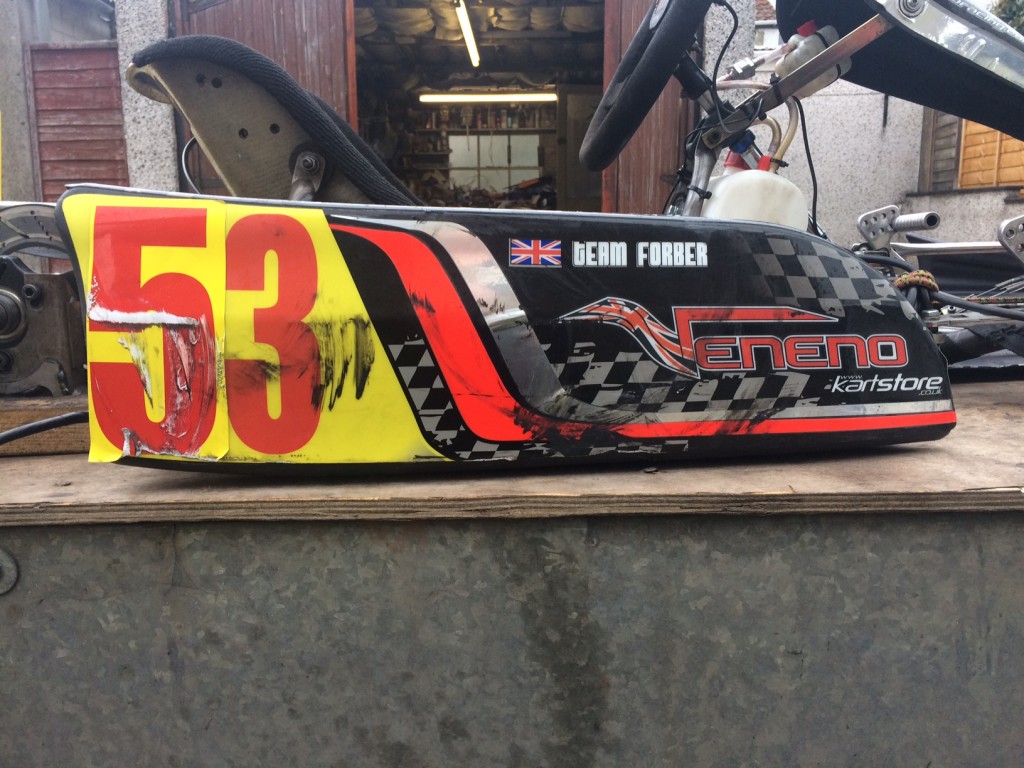